Vuzix, a Rochester, NY-based company, is establishing itself as an innovator in the emerging market for smart glasses and augmented reality eyewear. The company’s newest products include the sleek new Smart Glasses M100 (top), which were picked as the best new technology in the Wireless Handset Accessories product category at this year’s Consumer Electronic Show, and the STAR 1200XL (bottom), a see-through augmented reality eyewear system that offers a wide field of view, a high performance HD camera and adjustable eye separation.

In an exclusive interview with Eye2 editor Andrew Karp, Vuzix CEO Paul J. Travers shared his perspectives on what’s driving the smart glasses market, what types of consumers will buy the glasses, and how Vuzix is designing its next generation product with an eye toward eyeglass fashion.

Eye2: How quickly is the market for smart eyeglasses growing in the U.S.? Worldwide?

Paul Travers: Although head mounted displays have been around for many years it is only in the last several years that it has become possible to make them look good, be connected and have processors in them. These capabilities, with the revolution in mobile connected information, are creating the beginnings of the smart glasses opportunity, a technology that is touted to potentially even replace the smartphone. But at this juncture it is just getting started.
Eye2: What is the fastest growing market?

PT: Europe has embraced augmented reality (AR) quicker than most of the other markets in the world and as AR is the basis for the exciting possibilities of smart glasses we see it as the leading market. But again this is all so new that the there is no clear cut front running market for smart glasses.

Eye2: Who are the early adopters?

Eye2: When do you expect smart glasses to become a mainstream consumer product?

PT: The markets and acceptance for smart glasses will grow significantly through the next five years, and the moment that the glasses take on the look and feel of fashionable glasses it will accelerate into the mass market. The prosumer and industrial markets will adopt first.

Eye2: As more people begin to using wearable devices such as M100 smart glasses, what types of social or behavioral adjustments will wearers have to make, both short and long-term?

PT: People won’t have to constantly stare at their smart phones and ignore those around you, and information will be more readily accessible than ever before and it will be connected to the real world. As we can’t begin to see all the possibilities this capability will bring it is hard to determine how humanity will respond and change around it.

Eye2: Can M100 smart glasses be worn over eyeglasses? If so, are there any limitations in terms of frame style, lens design, lens material or prescription?

PT: The M100 has been designed to work with people’s glasses using ergonomic population data for the 5th to 95th. The M100 is also designed to work with either the users left or right eye to accommodate eye dominance. Monocular systems need to take this into account or the user experience can be almost impossible if the device is not placed on the user’s dominant eye.


Eye2: Does Vuzix plan to offer a version of the M100 with a display that is integrated into an eyeglass lens?

PT: Yes, we have plans for a line of smart glasses that will result in fashionable eyeglass form factors with full binocular operation.

Eye2: Through what channels is Vuzix currently distributing its eyewear?

PT: We distribute our products worldwide with offices in the UK, Japan and of course North America. Currently these channels are the classic consumer retail channels. As the smart glasses are released into the channel we will expand the channel to include wireless markets and third-party partnerships.

Eye2: Does Vuzix intend to distribute any of its eyewear (AR, VR, video glasses) through optical retail chains or independent eyecare professionals (opticians, optometrists)? If so, what is the company’s distribution strategy and timing?

PT: This has not been decided. However, prescription inserts at least are being planned for some of our next gen versions.

Eye2: As more consumers start using Vuzix eyewear and other wearable eyeglass-type devices, what do eyecare professionals need to know in order to advise their customers/patients on their appropriate and safe use?

PT: We have sold hundreds of thousands of near eye display products and so far have had no ill effects from our users. The optics used in these systems place the virtual image at infinity so from a focus perspective they are very easy on the eyes. That said, if the virtual image is placed in a bad spot or if the optics are poorly built, near eye displays can cause fatigue and eye strain for the user. Also you will notice that almost every manufacturer of near eye virtual devices do not recommend them for use by users under the age of seven (based on the manufacturer).

Eye2: Has Vuzix studied the effects that close-up viewing of AR, VR or video displays might have on vision or ocular health, particularly exposure to High Energy Visible (HEV) blue light? If so, what data can you share about this?

PT: We have researched this topic a fair bit as there has been a lot of papers written on the topic. We use this research in our products from the design itself to the quality of the alignment and to the quality final system. On the blue light issue, the light sources we use are all above 430 nm in wavelength so the potential radiation related to the UV end of the spectrum should be very minimal. 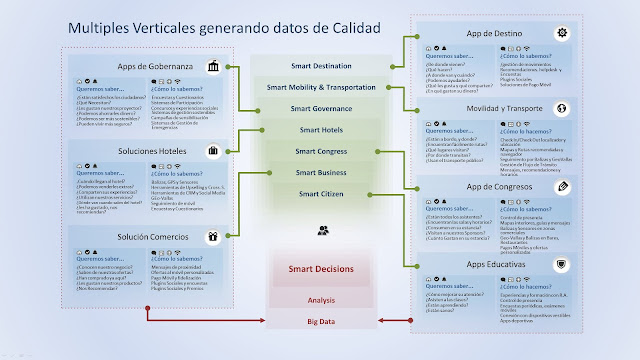